Precise identification of linear epitopes of important therapeutic and diagnostic antibodies using fully overlapping linear peptides was invented at Pepscan more than 20 years ago. Pepscan has since perfected this technology and broadened its application, delivering unparalleled sensitivity and reproducibility for epitope mapping of all types of samples. Linear epitope mapping is our most budget-conscious choice, used when an epitope is suspected to be at least partly linear, for example when the antigen was a peptide itself.

Linear epitopes are defined by the amino acids in a particular region of a protein, which are nearby in the sequence as well as structure. Structural features are not important for recognition.

A monoclonal antibody directed against human anti-CD3ɛ was tested on a library of fully overlapping 15-mer linear peptides based on the sequences of cynomolgus monkey and human CD3ɛ. Recorded intensity profiles clearly showed that even though the sequences differed slightly, the antibody bound at the N-terminus of both CD3ɛ sequences with similar intensity. This epitope could be mapped with linear peptides as this part of the structure is flexible without a constrained conformation (see Figure 2).

Pepscan linear epitope mapping can provide an in-depth view into the linear sequence motifs required for an antibody to bind to its target. Cross-binding to homologous sequences or identifying antibodies that can uniquely bind to specific species targets can also be assessed for a single antibody or a panel of antibodies due to the reusability of the arrays. 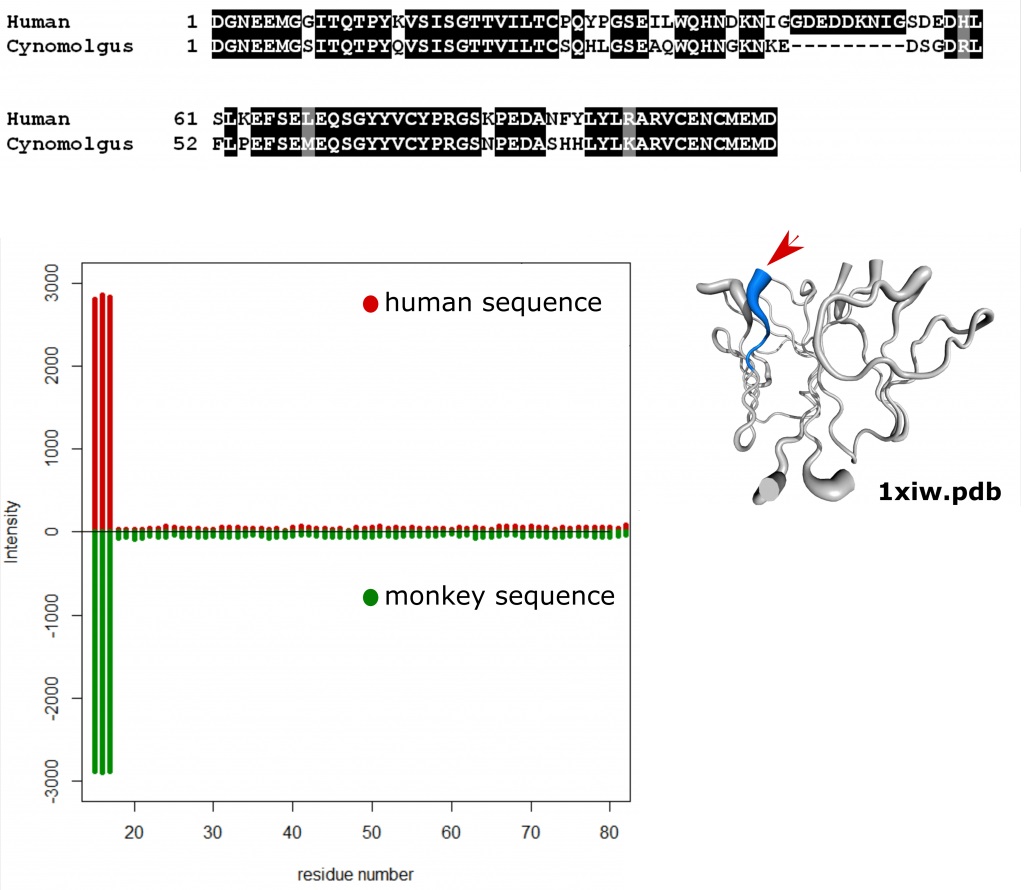 Figure 2. Results obtained with linear epitope mapping of a monoclonal antibody against CD3ɛ, performed on a peptide library derived from human and monkey sequences of CD3ɛ. Obtained intensity profiles are shown in the butterfly plot (left). Sequence alignment of human and monkey sequences is shown at the top. The illustration on the right provides a 3D visualization of the epitope mapping results derived from 1xiw.pdb. The target epitope is shown in blue, as indicated by the red arrow.