Peptides labeled with stable, non-radioactive isotopes are increasingly used for convenient detection in research. Stable isotope labeled, or ‘heavy’ amino acids, are derived from natural amino acids by substitution of certain atoms (N, C, H) with their ‘heavy isotope’ variant. The most frequently substitutions are 12C by 13C (carbon-13), 14N by 15N (nitrogen-15), and 1H by 2H (deuterium).

Stable isotope labeled (SIL) peptides display identical physiochemical properties and chemical reactivity as their non-labeled counterparts (apart from a few exceptions). However, under certain conditions the minute mass difference make labeled and unlabeled peptides behave differently. This constitutes the basis for using SIL peptides in a variety of absolute quantification applications such as quantitative proteomics, the quantification of complex protein mixture at very low concentration, or NMR studies. 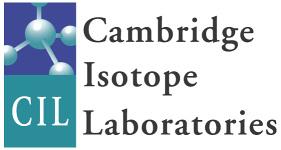 At Pepscan we have produced thousands of high quality heavy peptides for proteomics. These SIL peptides are synthesized using only the highly enriched stable amino acids from premium supplier Cambridge Isotope Laboratories (CIL) for the Fmoc-based solid-phase custom peptide synthesis in our laboratory. These uniformly labeled amino acids all have > 99% isotopic purity.

These important attributes have enabled us to successfully respond to the ever changing demand for best quality stable isotope peptides. All SIL peptides undergo mass spectrometric analysis and stringent analytical HPLC to establish the final purity, and to assure that our customers receive only the highest quality peptides for absolute quantitation.

The table below lists the most common SIL amino acids. Because of Pepscan’s supply alliance with Buchem, the Dutch distributor of Cambridge Isotope laboratories, other highly enriched ( >99% isotopic purity) stable amino acids are available upon request for the synthesis of your custom peptides.

The stable isotope labeled peptides are usually supplied with the following specs:

The most common SIL amino acids are: