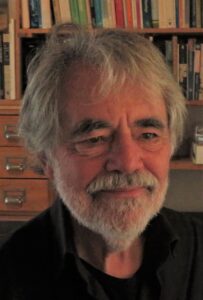 “The power of Pepscan has always been the people: incredibly smart, dedicated and ingenious. Not only in finding scientific solutions but also in operational areas. I believe it says it all that I used to say, ‘No more discoveries after Friday 3 o’clock’,” shares Rob Meloen, founder of Pepscan, with a smile on his face.

“To develop new vaccines, therapeutics or diagnostic tools, you have to put a disease in the right context by starting to map the foundation, the binding mechanism. Since no technique was available to map these epitopes, we developed it ourselves using peptides and a mini-card system.” The Pepscan technology, which later became the name of Meloen’s company, was born.

Learning and optimizing by doing

“In the early days, Pepscan was a company focused on research and was fully dependent on project funding. We collaborated in multiple projects in different therapeutic areas, mostly focused on animal and later human diseases. It was an exciting time, we learned by doing, and optimized our technology, scientifically and operationally. The moment our technology was used to map the neutralization epitope of the HIV type 1 virus, the so-called ball started rolling.”

Many publications using the Pepscan technique to map epitopes followed, including studies on the coronavirus, parvovirus, measles, Pestivirus and respiratory syncytial virus. Pepscan’s knowledge on and experience with the synthesis of peptides was also used to develop new forms of treatment, like peptide vaccines for the canine parvovirus and inhibition of the follicle-stimulating hormone causing boar taint in pigs.

A new era of resourcefulness

Over the course of Pepscan’s lifetime, the world has changed significantly. “I remember we traveled to London to buy our first computers. We tweaked them and wrote our own programs since nothing was available yet. We did the same with our synthesis tools. In the early days, we developed them ourselves, which allowed us to synthesize 6 peptides per week.”

Being resourceful also brought Pepscan its proprietary technology, the CLIPS™ peptides. “We saw that the spike, which is shown when a virus and antigen bind, wasn’t always crystal clear. We knew that the linear peptides we used weren’t always enough. That was the moment the constrained peptides, invented by Pepscan’s current CSO Peter Timmerman, came in the picture.” Highly constrained peptides were added to the epitope mapping platform, enabling mapping of conformational and discontinuous epitopes. The highly constrained peptides also formed a new therapeutic area due to their enhanced affinity, selectivity and proteolytic stability.

Twenty-five years later, the methodology of the early days, evolved and modernized with the latest insights, is still an important part of Pepscan’s daily work. Combined with the experience of synthesis and optimization of millions of peptides over the years, first handmade and now automated, and with a group of ingenious and dedicated people, they form the basis of Pepscan’s DNA: mastering peptides.

Viruses, vaccines and immunology have been a common thread throughout Meloen’s career. While working as a researcher at the Central Veterinary Institute (CDI) in Lelystad, he received his PhD from Utrecht University in 1981. In 1985, he became head of CDI’s Molecular Recognition department. During this time, Meloen co-invented, together with visiting scientist Mario Geysen and others, the Pepscan technology, a method for mapping and characterizing antibody epitopes on (viral) proteins. He was second author of the landmark paper, “Use of peptide synthesis to probe viral antigens for epitopes to a resolution of a single amino acid” in the high-impact journal Proceedings of the National Academy of Sciences, USA. He also played an important role in the development of numerous other new technologies, including vaccine and diagnostic product development for several viral diseases. From 1994 to 2010, Meloen was Professor of Special Appointment (Chair: Biomolecular Recognition) at Utrecht University. He was one of the co-founders of Pepscan and became Scientific Director (CSO). Meloen retired in 2010. He now spends his time painting and volunteering for his local/municipal community in the north of Groningen, where he lives.