How the first effective peptide vaccine was developed at Pepscan 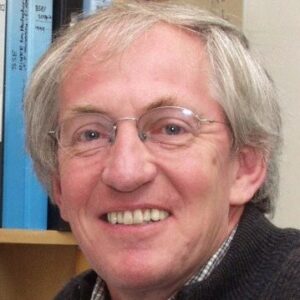 n 1990, Jan Langeveld joined forces with Rob Meloen, who later became Pepscan’s founder but at the time was working for the Institute for Animal Science and Health in Lelystad. For Langeveld, the Pepscan technique seemed a quick and cheap way to unravel antibody specificity, and represented a revolution in our understanding of protein structure and function. At the time, Meloen was also expecting progress with a new unique European collaboration project focused on developing a new generation of anti-viral veterinary vaccines. Langeveld had no idea that his work would result in the world’s first effective peptide vaccine and would become the starting-point of a new field of peptide-based therapeutics and diagnostics.

Back then, the common belief was that it was unrealistic to develop useful peptide vaccines using peptides, simply because the immune system depends on more than one site of a virus for neutralization. “But we did believe that protective immune responses could be achieved if the amino acid sequences used were based on single critical parts of the viral particle for successful entrance into or within the host. And so, we did!” says Langeveld, with a twinkle in his eyes.

Given their experience with antibody production and protein sequences, Langeveld and his colleagues managed to use Pepscan techniques to detect viral protein sites in sera from dogs, rabbits and mice that had been either infected with active virus or immunized with a purified viral protein from canine parvovirus (CPV), a virus that frequently kills dogs if not yet fully immunocompetent. Using the new Pepscan technology to detect these immunogenic sites, in vitro neutralization techniques, the support of project partners from Spain, Denmark and virologist Ab Osterhaus in the Netherlands, an N-terminal peptide of the viral VP2 protein was discovered in a broad set of antisera as a frequently occurring, clearcut spike in the Pepscan screenings’ plots. “I clearly remember it happened while I was in an immunology masterclass. That’s when I heard that the peptide vaccine was effective in protecting dogs against this lethal viral challenge! It was a real revelation, and in 1994 we published the first report of host protection induced by a synthetic peptide vaccine, which could comply with requirements for practical application.”

The field of therapeutic peptide vaccines is considered an emerging field. Although an approved therapeutic vaccine has not yet reached the market, researchers have recently managed to overcome important hurdles that will improve the landscape in the coming years. In its 25 years in this field, starting with Jan Langeveld’s publication, Pepscan has manufactured numerous peptides for vaccine studies, initially for veterinary purposes and later for human health.

Want to know more about how Pepscan could support your projects? Reach out to one of our specialists: 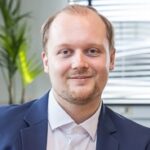 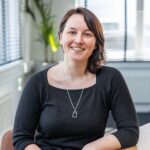 Langeveld’s doctoral and postdoctoral work in Nijmegen was focused on elucidating the fundamental causes of diseases related to basement membranes. In 1984-1987, he did his second postdoctoral research in the US on autoimmune diseases like Goodpasture syndrome and the inheritable Alport syndrome. He continued this research at the University of Utrecht’s NMR laboratory in the Department of Organic Chemistry. In 1988-1990, he worked at the Centre of Lipid Membranes on the lipid metabolism of peroxisomes, where the isolation of a critical enzyme was mastered. This enabled other researchers to find the mechanisms of sets of several metabolic disorders and their fundamental genetic basis. Langeveld joined Rob Meloen’s research group in 1990 to work on peptide vaccines. He worked on the development of diagnostics for tracing foot-and-mouth disease (FMD) and other veterinary infections. Another vaccine of interest, developed in a consortium that spanned the Netherlands, Spain and Portugal, was effective in creating submicrogram doses against porcine parvovirus (PPV); this was based on the high-volume production of inactive, but intact, viral particles. In the period after 2000 until his retirement, Jan Langeveld was highly involved in the diagnosis of prion diseases, such as BSE in cattle, scrapie in sheep and goats, and Creutzfeldt-Jakob disease in humans. Since his retirement in 2014, Jan has been involved in prion research at Wageningen University Research in Lelystad.